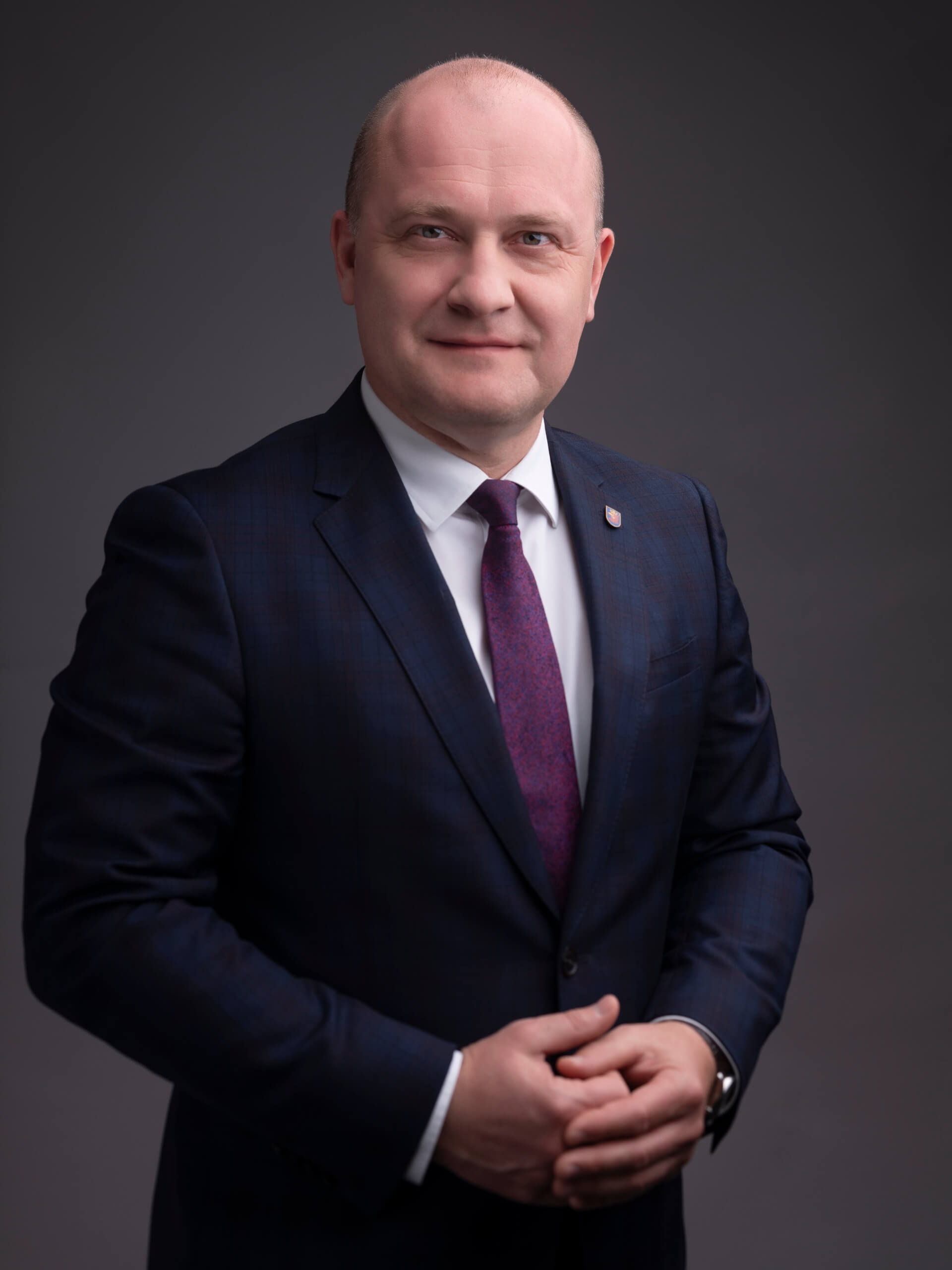 Attorney-at-law, manager, graduate of the Faculty of Law and Administration of the University of Szczecin. He was born on 5 February 1973. His life has been connected with Szczecin where he has pursued a professional career in public services. He began work in public administration as a junior inspector at the Szczecin City Hall in 1998. Then, from May until 31 December 1998 he was the Deputy Director of the Department of Health at the Voivodeship Office in Szczecin.

Administration Office in 2001”. He also coordinated the work related to the Institutional Development Programme at the Regional Office of Westpomeranian Region. From March 2002 he worked as an attorney-at-law. He participated in training of the civic service. He completed the Strategic Management Studies for Directors General of Government Offices.

He passed the exam for supervisory board membership in State-owned companies. In 2002-2004 he was the Deputy Mayor of Szczecin responsible for residential policy and municipal assets (real property management, residential housing, and construction administration). From 2004 he focused on his activities as an attorney-at-law. On 26 November 2006, in the run-off local government elections, he was elected the Mayor of Szczecin, having received over 74 thousand votes. In 2010, after another victory in local government elections he was again sworn to the office. Nearly 50 thousand residents voted for him at that time.

In 2014 he began his third term of office as Mayor of Szczecin. He has initiated a number of urban planning projects.

He launched the process of designing and implementing the long-term brand management strategy Szczecin Floating Garden 2050 and also the three-year public consultation process of an unprecedented scale, which involved the Szczecin 2020 programme setting the development vectors of the city in the EU’s 2014-2020 financial perspective. During his term Szczecin is more frequently and meaningfully turning towards the sea. The city has been the host of the world’s largest tall ships regatta, The Tall Ships Races. which already had several editions. During these events, dozens of the largest and most beautiful tall ships are moored in the very heart of the city, by the historic Chrobry Embankment. During Piotr Krzystek’s term as Mayor, the port of Szczecin has become a fixture of the TSR and Szczecin’s young sailors are more and more frequently taking part in the regatta, winning the major trophies on numerous occasions. Piotr Krzystek is implementing an ambitious investment programme. The period since 2006 has been a transformative time for the city. Road infrastructure has seen significant improvements, commuters use state-of-the-art trams and buses, several dozen kilometres of cycle routes have been added, Bike_S – Szczecin’s city bike implemented thanks to the residents as the winning project of the participatory budget created by the Mayor, is highly popular.

Szczecin prides itself on the new Szczecin Philharmonic Hall that is garnering top awards in prestigious architectural competitions. During the second term of office of Piotr Krzystek the sports and entertainment hall Azoty Arena, for which residents had been waiting for several dozen years, was finally completed. The sports infrastructure also includes the Floating Arena with an Olympic-size swimming pool, which is the venue for numerous prestigious swimming events, including the European Swimming Championships for adults. The renovated boulevards by the Oder River, which have resulted from the city’s consistent actions aimed at bringing Szczecin closer to water and highlighting its unique assets.

Sports centres and modern playing fields are established in housing estates and Housing Estate Councils implement their own projects using their own budgets for local activities created on the initiative of the Mayor of Szczecin. Thanks to this, Szczecin has much more playgrounds, outdoor gyms and walking routes and dozens of squares and hundreds of kilometres of pavements have been renovated. The Mayor created a new segment of the economy in Szczecin from scratch. In cooperation with the local entrepreneurs he established modern BPO and ICT services and special economic zones. In the city’s development strategy he put the focus on the maritime and logistics industries. It is in part thanks to constant cooperation, the development of a system of preferential conditions for investors, the expansion of the technical infrastructure and the availability of talent, that entrepreneurs increasingly prefer Szczecin to host their service centres and the city has received several hundred thousand square metres of state-of-the-art office area. Further projects are under way. Piotr Krzystek is actively participates in the activities of the Union of Polish Metropoles, is the Secretary of the Board and also the Chairman of the Szczecin Metropolitan Area Association.

Piotr Krzystek is a family man and he enjoys playing tennis and sailing in his free time. He is married and has three children. 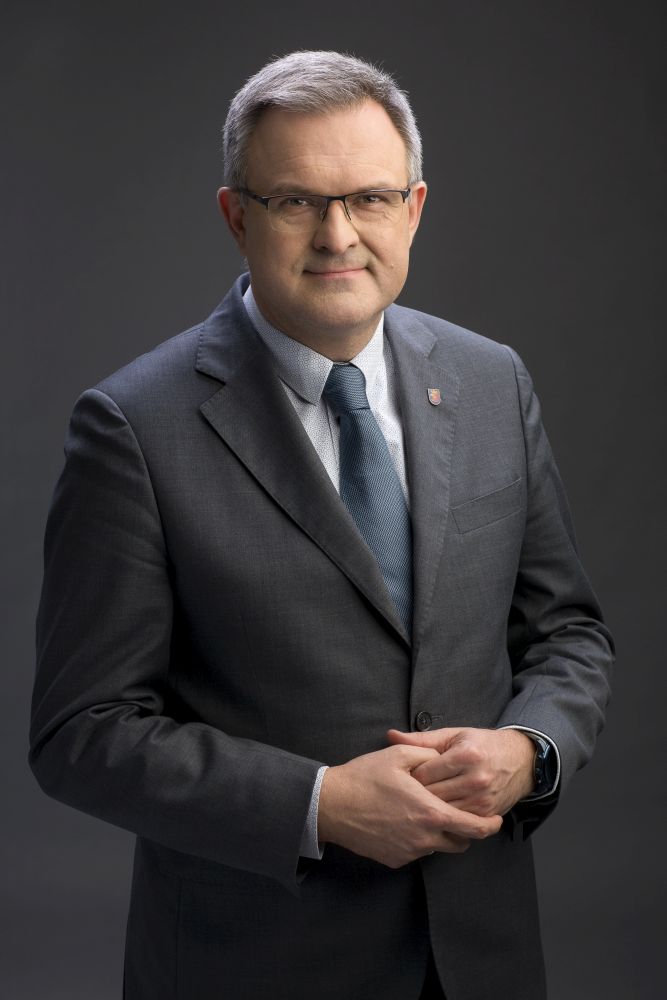 Responsible for city development affairs and social dialogue, including: 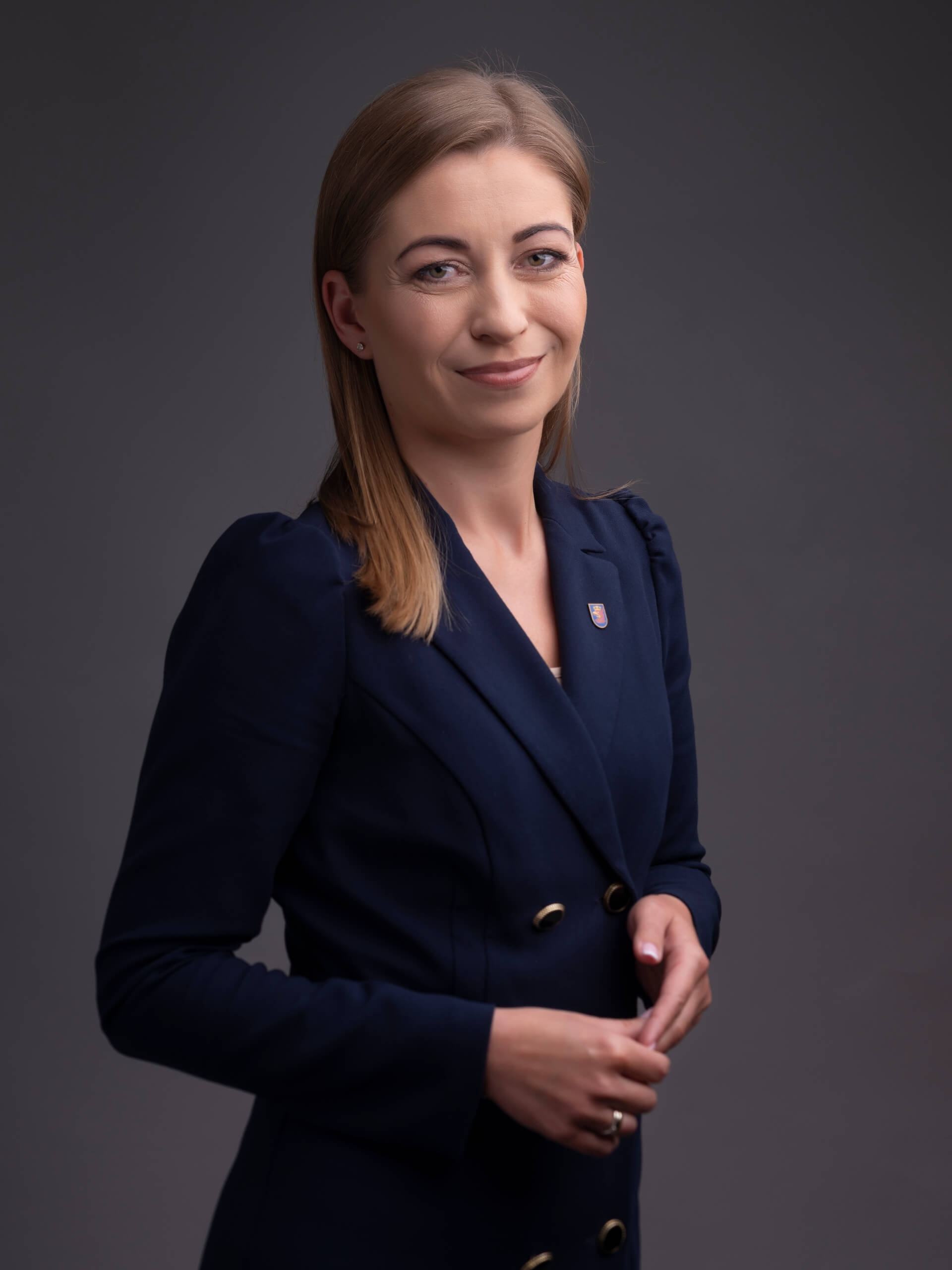 Responsible for the management of the residential resources and ongoing maintenance, including: 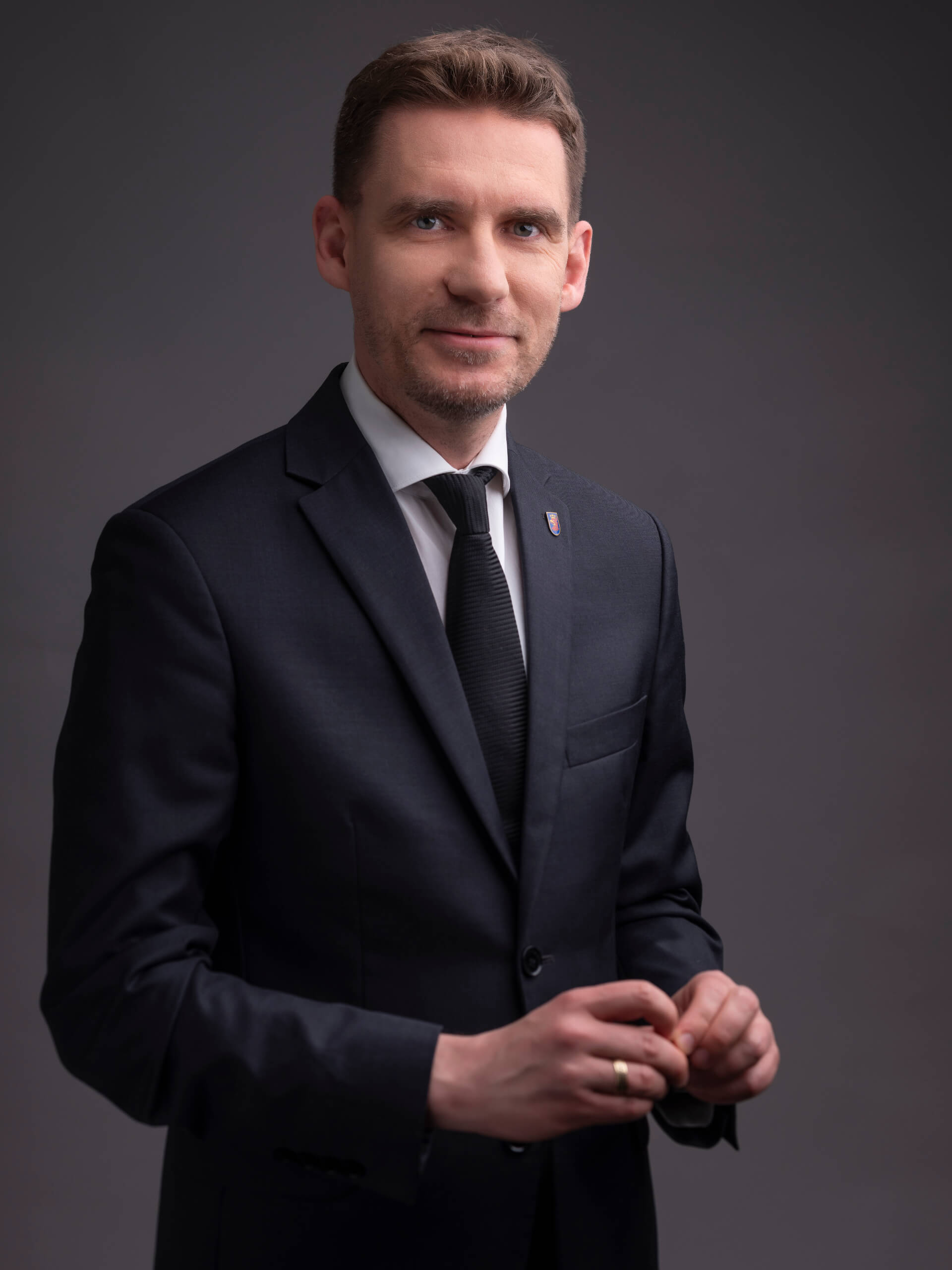 Responsible for investments, managing projects and supporting business, including: 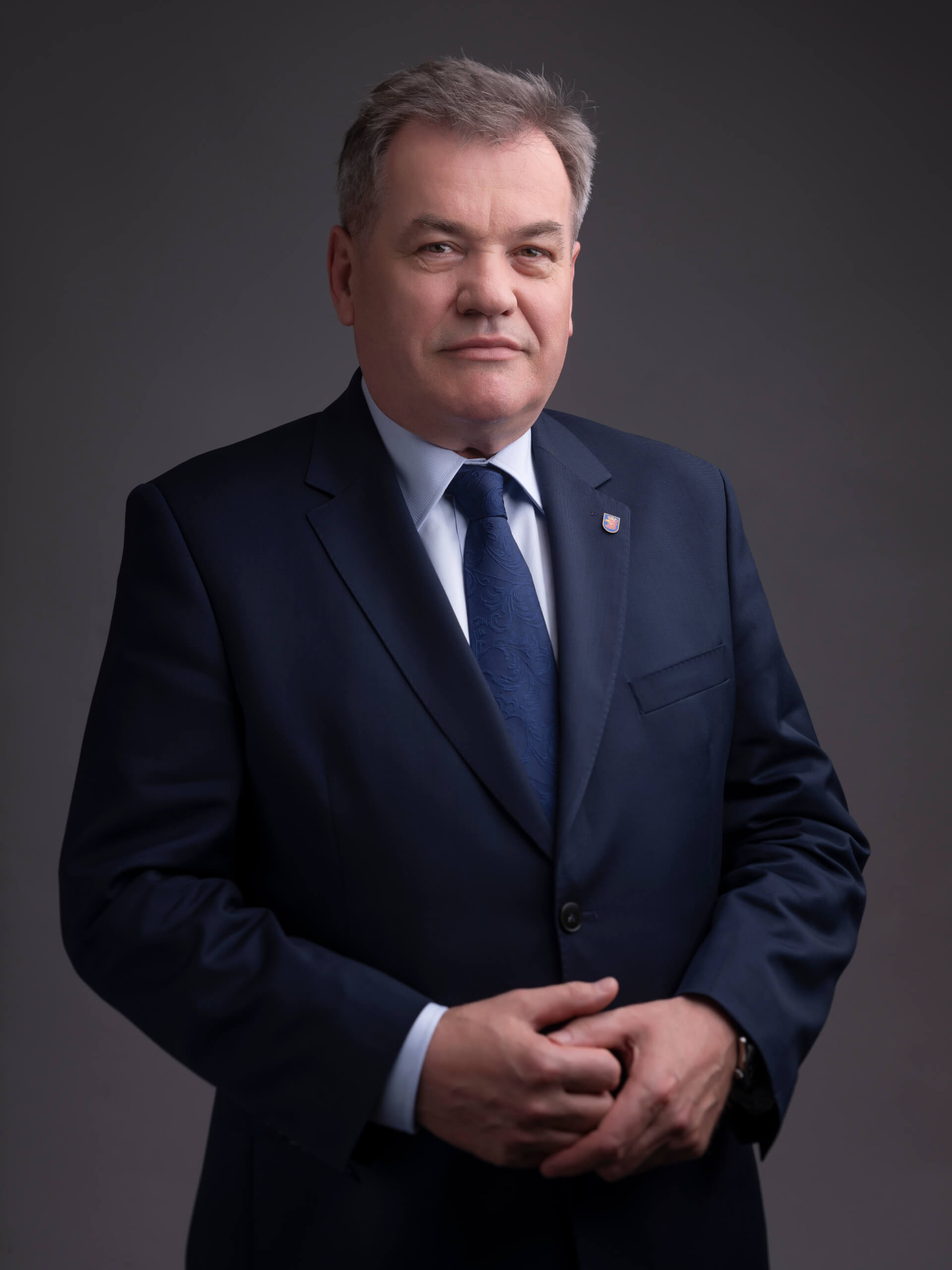 Born in 1960. Graduate of the Missile Forces and Artillery Military Academy in Toruń. He completed postgraduate studies at the College of Entrepreneurship and Management of Wyższa Szkoła Biznesu - National Louis University in Nowy Sącz. He served in the military in 1981-89. From 1991 he was employed at the Voivodeship Office in Szczecin, initially in the Department of Civic Affairs and then as Director of the Administration Services Division. Since 1999 he has worked for the city’s units. He was Director of the Economic Department of the City of Szczecin, President of the Board of the company Targowiska i Opłaty Lokalne (Marketplaces and Local Fees) and Director of the City Economic Services Authority. He was appointed City's Secretary on 2 January 2007 . He is married and has three children. His favourite spare time activity is diving. 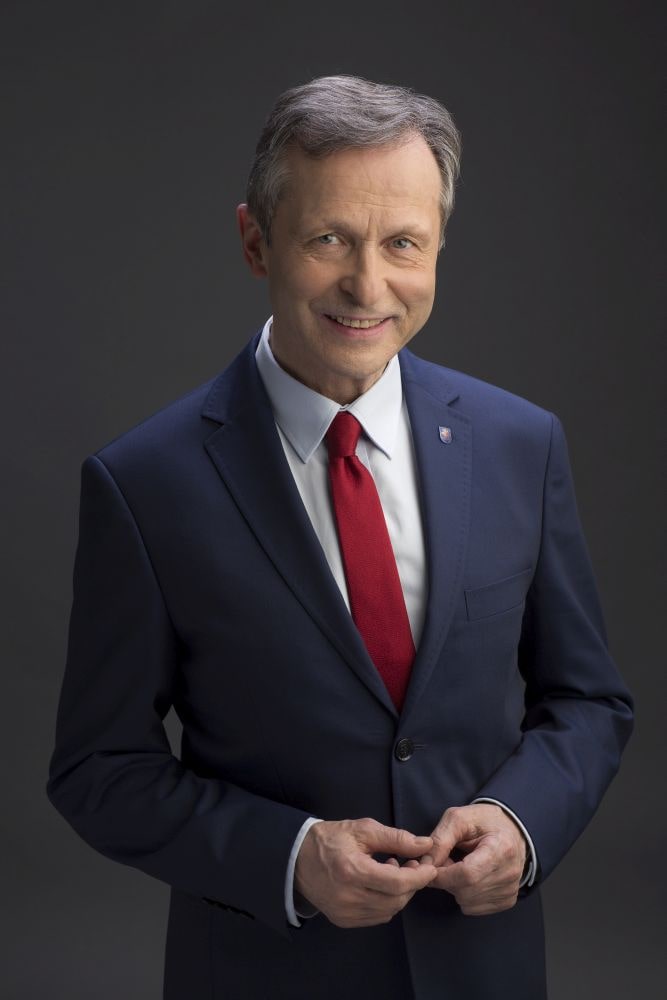 Responsible for coordination and integration in the social sphere, including:
City Council

Cookies
We use markup on our pages and in applications such as cookies or local storage to collect and process personal data for personalization content and ads, and mainly to analyze website traffic, applications and on the Internet. Cookies are IT data saved in files and stored on your end device (i.e. your computer, tablet, smartphone, etc.) that the browser sends to the server each time you access the site from this device, while you visit websites on the internet.
I agree